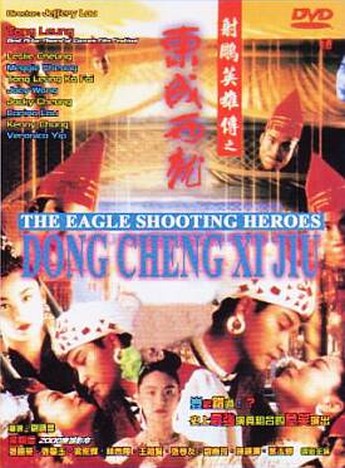 Even after ten or more years of watching Hong Kong films, the odd one still manages to leave me clinging to my sanity by a thread. Here, we get most of the cast from Ashes of Time, including all three Cheungs, plus Wong Kar-Wai as a producer, in a tale which is part-serious, part-parody and crammed to the gunnels with plots and characters, not to mention awesome action sequences created by Sammo Hung. When this works, it’s wonderfully mad, as in the disembodied-head football match, to an Oriental version of the Match of the Day theme. I kid you not… When it doesn’t – and that’s quite a lot of the time – it is completely impenetrable, though much of this may be down to my cultural ignorance. But even allowing for this, I think it does certainly try to jam too much in, despite being two hours in length, and the characters are lacking in…well, character. This kind of thing can be awesome, but Flying Dagger did it with a steadier hand and to better effect.