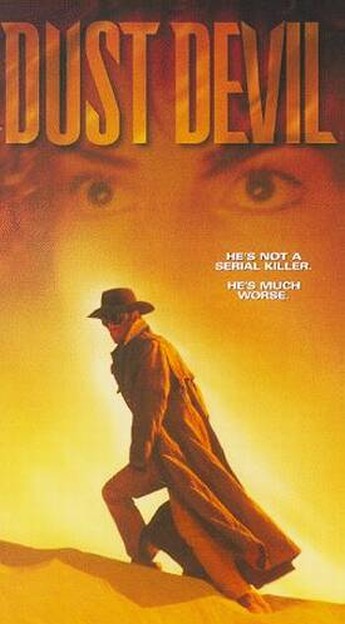 [14] It’s been a long time coming, thanks to the death of Palace, and it finally surfaces in the director’s version. And, like most director’s versions, it’s somewhat self-indulgent and, on commercial ground at least, could do with some trimming – it’s too artistic for the gore bores, and too icky for the film bores. But there’s a lot to respect and savour, too. Set in Namibia, and telling the story of a ritual serial killer, it’s perhaps the best example of ethnic horror yet done. Whispers of The Hitcher and Wild at Heart fuse into something that dispenses atmosphere galore. However, its narrative is weak in comparison, and overall, while it may be a better picture than Hardware, I know which one I’ll be more likely to watch.