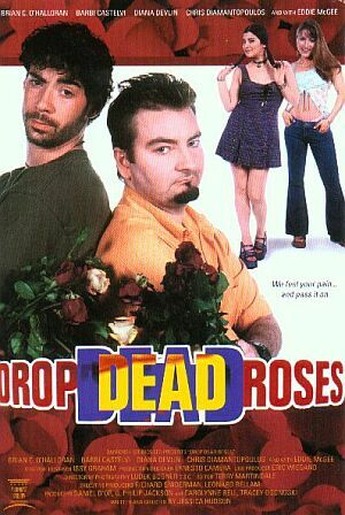 Shawn and Jason do revenge: you pay them, they’ll deliver dead roses or abused chocolates to your target, along with an appropriately punitive message. Then Shawn falls in love with one of the victims, whose room-mate (Barbi Castelvi, a great performance, straight from the ninth level of hell) takes a shine to Shawn and… Well, basically, this is a chick flick for guys. If it’s a romance, rarely has there been one with as many scenes in a strip club. As Shawn, O’Halloran is good, yet delivers what is virtually a carbon copy of his role in Clerks – put-upon by his friends, his enemies and life in general.

The real revelation is Eddie McGee as Jason; previously only known as the winner of the American version of Big Brother, he comes across as a genuine character. How much acting was involved, I couldn’t say: however, he is entirely convincing as a straight-shooting, short-fused individual, whose novel approach to customer service can only be admired. The film also has a reality about it which convinces; characters act as you feel they should, instead of doing stupid things, or the scenario otherwise becoming unbelievable. Admittedly, you never really doubt whether there’ll be a happy ending, but it’s still a fun ride. Besides, you have to admire any movie where funds were raised by selling a calendar featuring near-naked pictures of the cast and crew…