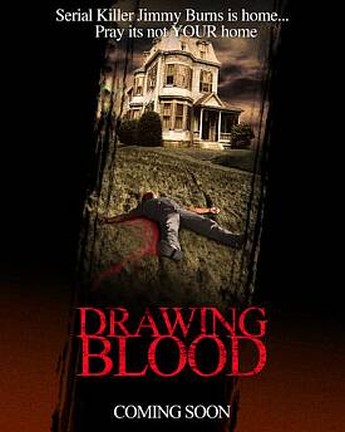 While for the large part technically competent, and with some actors you’ve heard of in supporting roles, this is mostly very dull. There are too many different threads going on: a man trying to get out of a love triangle; two junkies looking to score their next fix; a pair of nosey next-door neighbours; investigating cops; it barely leaves room for escaped psychopath Jimmy Burns (Roach), seeking revenge on his father. Wisely, his father moved away without telling him – which leaves the new inhabitants of the house in for something of a surprise, shall we say. But it’s unfortunate that the script concentrates on about the least interesting character in the set, George (Irzyk) – though even the film seems to get bored of him, largely drifting off in the middle portion.

It may be this lack of structure that dooms the movie to feeling like a series of incidents, only loosely connected to each other. Some aren’t too bad: the murder Burns committed 15 years earlier is nicely shown, with a car getting destroyed and a couple of crane shots, strikingly at odds with the budget for every other scene. The rest of the money presumably went to Z’Dar, who gives a nice creepy performance as Burns’ father, or Estevez, who shows up twice as the police chief. Their presence is a bit of a double-edged sword, since they draw attention by comparison to the actors who share their scenes. The results are not favourable, shall we say, and the impact overall of this is muted to a significant degree by its poor focus and shortage of invention.