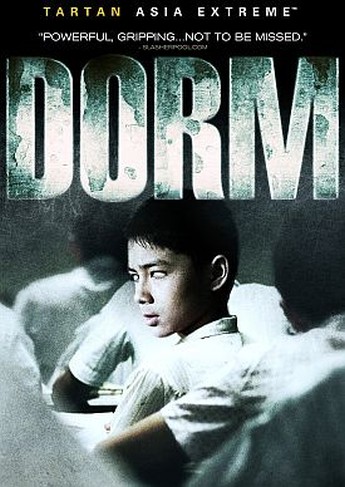 Chatree (Trairat) is suddenly shipped off to boarding school by his father, and finds himself alone and friendless. At least until he meets Wichien (Chienthaworn), who seems like a nice kid, compared to the rest of Chatree’s classmates. Only one problem: Wichien is dead, the victim of an incident at the school’s swimming pool. Chalee – who, I have to say, is remarkably unconcerned when he discovers his best friend is lacking in the pulse department – decided to help the spirit move on, by unravelling the mystery of the death. But what about his dorm mistress, Ms. Pranee (Sukapatana, whom you may recall from Good Morning Vietnam)? She spends her spare-time listening to an old, scratched record, and has a drawer into which she is constantly moping. What’s up with that?

It has to be said, this isn’t really a horror film at all; it’s more a “coming of age” film, with a supernatural twist. Still, as long as you don’t expect this to be scary, it’s effective, though some things may confuse Western viewers: fortunately, we knew about the “looking backwards through your own legs to see ghosts” thing from The Eye 10, but do bathroom stalls in Thailand really have locks on the outside? The scene where Chatree discovers the truth about Wichien is great, coming as it does during a school screening of what I think is Mr. Vampire 4 (oddly, just after Pranee has warned her pupils not to tell ghost stories!), and the various threads come together nicely, mostly because of a fine performance from Trairat, natural and unforced. It’s gentle and warm-hearted for the most part: hardly ‘Asia Extreme’, yet no less worthy for that.