There was a time when Donnie Yen was touted as the next Jackie Chan, thanks to splendidly athletic performances in films like In the Line of Duty 4. However, it never quite seemed to happen, and he vanished into critically-slated work like Ballistic Kiss, just another coulda-beena-contender. But wait! What’s this? Rising from the grave, here comes Donnie’s career, as he follows Jet Li, Samo Hung and Jackie Chan across the Atlantic, with a featured role in the recent Highlander: Endgame. Seems like a good moment to review a couple of his other films which have been sitting on the shelf in TC Towers for a bit. 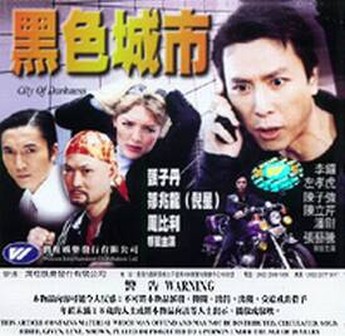 Donnie’s role in City of Darkness was shot over about only four days, yet is pivotal, and he’s the one who gets to battle head villain Ngai Sing at the end. That’s a rare one-on-one battle since, nicely, the villains are usually so tough it takes multiple good guys to bring them down, which makes them all the more impressive. The plot concerns three teenagers (as well as a particularly annoying and superfluous brat), each holding a piece of jade which combine to form the key to treasure. This is why Ngai is after them, and Donnie is (sigh…) a loose-cannon policeman – he resigns during the movie – who helps out the kids.

The low budget is painfully obvious, and they could have done with more variety in the sound effects for the fights – there’s about two. Still, it makes up for these deficiencies with a lot of action, good characters, especially baddies such as Billy Chow, and imaginative touches including their use of a hypnosis-controlled policeman to work from the inside. The ending is terrifically disappointing, which is a particular shame, since up until then, the film has been a bit of a gem, somewhere between The Goonies and Indiana Jones. 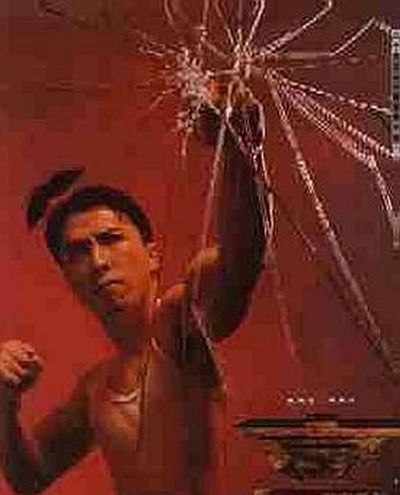 This dates back to the mid-nineties, and Donnie’s role as a loose-cannon policeman is the sort of thing he could do in his sleep. Indeed, there’s precious little challenging about the script either: you wonder what they did with the rest of the fag-packet. Yen plays Chiang, a policeman sent to the Philippines to retrieve a key witness, and sticks around after the witness is killed as the villain responsible (Cheung) had also murdered Chiang’s wife. You can fill in the rest yourself, I’m sure.

There’s a sword fight borrowed from Donnie’s earlier Tiger Cage 2 and a lengthy, water-drenched punch-up between Yen and Cheung which may remind you of another loose-cannon policeman movie. These fights are annoyingly edited, giving the impression of one punch being thrown, then everyone stopping while the camera changes angles. Indeed, the same’s true for the movie: it feels like a mini-series edited down to feature length, since so much seems to go unexplained and there’s no sense of connection between the different scenes.