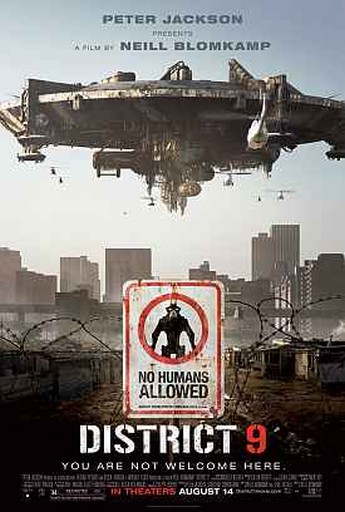 Hollywood, please note. Science-fiction does not need to consist entirely of an escalating series of explosions, devoid of emotional or intellectual content. And, yes, I’m talking to you, Michael Bay. Someone hardly known outside South Africa and Halo fandom has kicked your ass, though the political symbolism here is as heavy-handed and bludgeoning as Bay’s approach to cinema, with its blunt equating of the discriminated extra-terrestrials to the blacks under apartheid and their forced evictions. That aside, this is a fine piece of work, with Copley outstanding as Wikus van de Merwe, a bureaucrat in charge of an eviction operation, who gets infected by alien DNA and starts mutating into one of the creatures he has always hated. As a result, he finds himself forced to team up with them for their mutual benefit. However, the metamorphosis also gives him the ability to operate their technology, which makes him very, very valuable to those who want to exploit it, both at the corporate level, and much closer to the ground.

The technical aspects are seamless; WETA Digital did the Lord of the Rings movies and, for my money, are the best effects house in the world. They integrate a UFO and its inhabitants into Johannesburg perfectly, which does a perfect job of delivering the documentary feel Blomkamp aims for [though occasionally diverting from it, which is a bit of a cheat]. The most important cog in the machine, however, is Copley, who takes a character that initially seems slimy and unlikable, and with the help of Blomkamp’s script, goes through an arc to come out the far side a changed man – in every conceivable way. It’s not until the ending, which is surprisingly touching, that you appreciate how much you are now rooting for Wikus. I’ve little doubt there will be a sequel, and while it’s fairly obvious the territory that’s going to cover, got to say, I’m looking forward to it much more than most sequels.