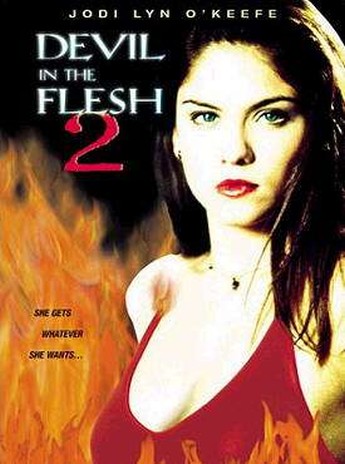 Instead of playing on this angle further, however, the movie eventually becomes a retread of the first with Debbie falling for another pedagogue. And just to show how bankrupt they are for ideas, once again it’s a creative writing teacher. Yawn. There are some minor differences: this time, he does sleep with Debbie, though the attempt to go into “erotic thriller” mode are hampered by O’Keefe’s refusal to get her kit off. Debbie is also more sympathetic this time, partly through an unfortunate tendency for her to be around when people have nasty accidents. It still ends up wildly dumb: Debbie stalks her crush’s fiancee through a house – when Debbie is knocked out, and the girlfriend doesn’t bother to leave, the last hope for the film flickers into darkness.