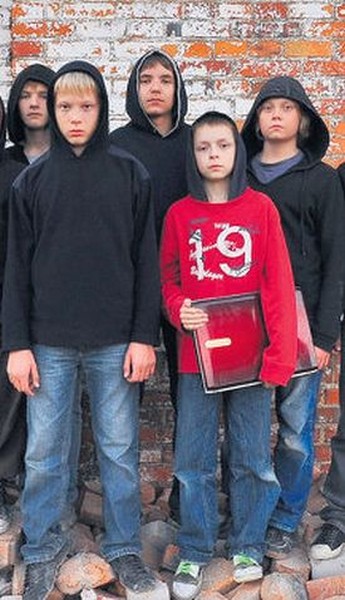 A Russian children’s home is a front for a paedophile ring – until one night, when seven high-ranking customers are stabbed to death. The vigilantes are kids from an orphanage who, fed up with seeing adults get away with abuse of the young in one form or another, have vowed to enforce their own justice on the perpetrators. Leading the group is Vanya (Kotov), who stabbed his father to death for trying to rape his sister (Zaprudskaya). The group grows bolder, carrying out attacks in broad daylight, and with the tacit support of residents, who won’t help the police investigation. The PE instructor at their home, a grizzled special forces veteran called “Uncle Vanya” (Kabalin) gets drawn in, initially to save them from making amateur mistakes, but the cops are closing in, and – at the suggestion of the investigating officer’s son – set up a fake organ-harvesting ring, to draw the young vigilantes into a trap.

The title translates as “the babies,” the popular name given to the gang, but perhaps more relevant is the subtitle: “A fantasy.” There’s no doubt this could be seen as some kind of crypto-fascist wish fulfillment, with society banding together to protect those who enforce justice, when the authorities are, for whatever reason, unable to do so. But it’s also not entirely one-sided, with the cop trying to stop them given more depth – his wife is firmly on the side of the babies – and the negative potential of their acts also mentioned, albeit more as a theoretical possibility i.e. going after an innocent party. But I think it’s most interesting as a reflection of a very deep cynicism about authority in Russia, which is depicted almost entirely as corrupt or ineffectual, even if generally well-intentioned. In the light of what’s going on in the Ukraine this week, it’s rather enlightening. The ending is somewhat ridiculous, even by “fantasy” standards, but certainly does provide a memorable image. I think a Western remake of this one would be just as controversial as this apparently was in its home country.