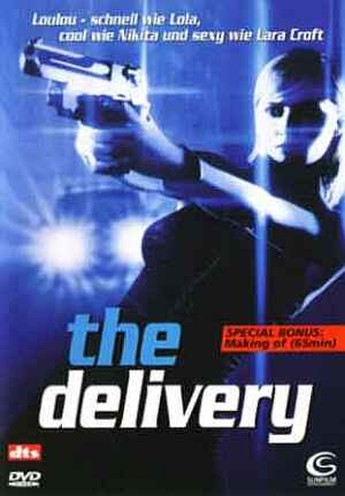 Initially, this seems like a badly-flawed big-budget movie, right from an opening which features the lamest crash-and-burn in cinematic history. But the truth is, it’s not a big-budget movie. It was shot for $300K, and taking this into account, it’s really pretty nifty, if occasionally over-ambitious – few five-week shoots cover as many locations (in four countries!), as this does. Guy (Douglas) and Albert (Huet) agree to drive $25m in ecstacy from Holland to Spain, to clear their debts; naturally, things don’t go to plan, and they get landed with reformed terrorist Loulou (Meriel), and both the police and her ex-colleagues behind her. Oh, and the owner of the ecstacy has Albert’s wife as “collateral”…

From the writer of The Young Americans, there’s always something interesting going on, even if it’s not perhaps logically sound. This particularly applies to the finale, where the most selective explosion ever, ties up all the loose ends with laughable neatness. The dialogue varies from crisp to clunky, but the performances aren’t bad, given English is not the native tongue for most of the cast, and Reine does well, largely covering the poverty-related cracks. Definitely one where seeing the “making of” documentary will leave you more sympathetic, it’s still perhaps the most commercial film to come out of Holland since Paul Verhoeven left Europe.