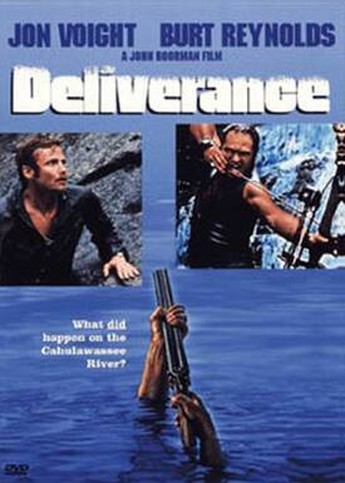 Fancy a cinematic sandwich? For what we have here is 30 very intense minutes in the middle, surrounded by a lot of padding. Or perhaps more accurately, paddling, with the first section resembling a travelogue down the river for Voight, Reynolds (has he ever looked more like an Action Man?) and their suburbanite companions. Then the travelling stops, the music stops (to good effect) and some locals…well, “gonna make you squeal like a pig, boy” is the quote that sticks in my mind. I expected the rest of the film to maintain this ferocious level, and descend into near-continuous terror like The Hitcher or The Texas Chainsaw Massacre, but it peters out with little more in the way of threat. Still, Voight does well as a mild-mannered man, forced to turn feral to survive, and two rampaging gay rednecks are more than enough to put me off the idea of a nice canoeing trip.