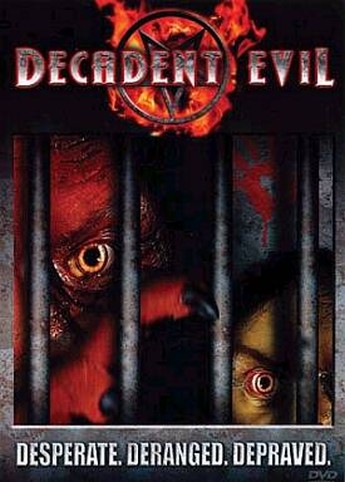 It’s nice to see a Charles Band film that doesn’t rely entirely on killer puppets for its impact. Of course, there still is an “action figure” present in the lineup here – Marvin the horny homunculus, former lover of the lead villainess, whom she now keeps in a cage – but the central figures here are a trio of vampires. They’re led by Morella (Mayer), closing in on the 10,000 kills which will set her free from her master; her two acolytes, Sugar and Spyce (Hennessee + Michelle) work at a strip-club, luring victims back for their mistress. However, Sugar has fallen in love with the club DJ, and wants to head off on her own, much as Morella did [the film starts with ten minutes of footage summarising The Vampire Journals, illustrating this point]. Adding to the situation, midget vampire-hunter Ivan (Fondacaro) is now close to Morella.

For what this is, especially given it was shot in six days, it’s not bad; vampires, strippers, midgets and puppet sex will always get our attention. The main problem here is, there isn’t quite enough of them, or anything else – if you discount the recycled footage and by now, traditional, long, slow end credits, there’s barely 50 minutes of actual new material. Band also seems a little at a loss regarding the nudity, something not that often seen in his films: more could certainly have been made of the strip-club scenes, for example. [We wonder why vampires always work in such places, never more prosaic night jobs, like the late shift at 7-11] Given the amazing shortage of actual content – it’s barely half a feature – I can’t really recommend this unreservedly. However, if you see only one film this year where a midget hunts down stripper vampires, Decadent Evil should probably be it.