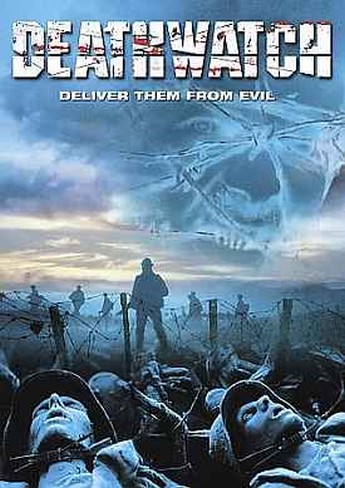 In the hell which was the trenches of World War I, a British platoon go ‘over the top’, but get lost in the fog. When it finally lifts, they take over a forward German position, taking the inhabitants prisoner. But their captives seem far less frightened of them, than something else, though the language barrier makes it hard to work out exactly what they’re scared of. The new arrivals find that there are a lot of dead Huns littering the complex of trenches and bunkers, and it seems that, rather than enemy action, it appears they were killed by their comrades. Unable to reach their own forces, the British have no option except to hunker down, sit it out and wait for rescue. However, things in the trench that are not supposed to be alive – such as corpses and barbed-wire – appear to be considerably more animated than they should be. And the weirdness escalates, to the detriment of the platoon’s sanity, already stretched thin by the horrors of war.

The main problem is that the threat here is just too nebulous – you’re never quite sure what is going on. Demonic possession? Vengeful spirits? Someone unwisely solving a puzzle-box? Any actual explanation is notable by its absence, in favour of paranormal hand-waving. This makes it very difficult to tell whether things makes sense or not as they unfold, since there are no ‘rules’ by which events have to play: basically, it’s an easy get-out for lazy scriptwriting, and that’s a shame, since the rest of the film has merits. In particular, I have enormous respect for the actors, because this shoot must have been extremely cold, wet, dirty and miserable: much credit to the production designer for their re-creation work. Less effective are characters who come out of Army Stereotypes for Beginners: the psycho (though Serkis gets his teeth into that role with gusto), the stoic sergeant, the fragile officer, etc. It didn’t prove quite enough to keep our interest: guess muddy holes have their limit, as entertainment goes.