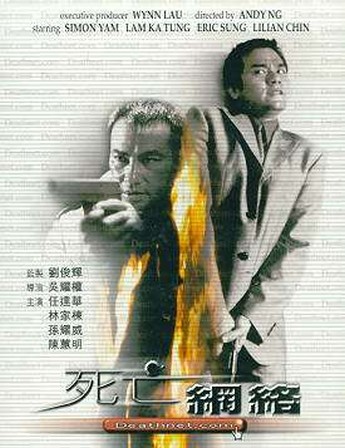 Ted (Yam) is a cop of no real talent, never promoted after a decade on the job. He is out of his depth in the modern world, and uncomfortable with displays of affection. He is thus, perhaps, not the best choice to investigate a series of suicides, where the victims all visited the same website. However, he was witness to the first, and with dogged determination, goes after the “God of Death”, who is inciting people to kill themselves.

If you can’t tell who this villain is almost immediately, you need to get out more often. There’s one character who is the human equivalent of a big, black cloud, but the director seems barely concerned with suspense. He’s more interested in depicting a society in a state of flux over new technology, where instant messaging has replaced f2f [face-to-face, for those unfamilar with the youth of today] communication, and it works well, as a black satire. Yam is decent as the old-school cop lost in the new technology, and Lam does a fine job of sucking the light out of the room in his scenes. There are some clumsy moments, and the subtitles refuse to translate printed text, which is a real nuisance, given the amount of information on computer screens. While not exactly feel good either, as a cheap stab at a techno-fear urban legend, it certainly has its share of creepy moments.