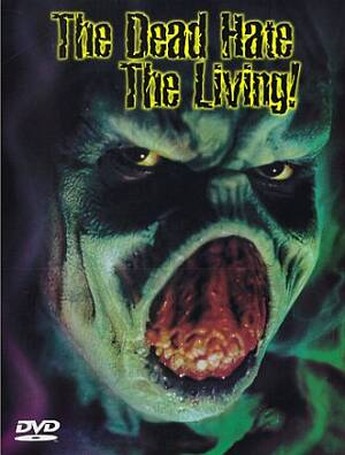 Hard to say where to point the blame for this one: is it the acting that sucks, the direction that’s inept, or was the script already dead on arrival? Probably all three are partly to blame, since the evidence of talent in any department is slim. A director is making a cheap horror movie in a disused location, only to stumble across the body of the previous occupant, who a) looks like Rob Zombie, and b) was experimenting with life after death. Before you can say “rip-off” – though not before you fall asleep a couple of times, it being 45 minutes into the movie – cast and crew are being attacked by zombies.

The horror references e.g. a “Fulci lives!” bumper sticker, come across as irritating rather than endearing, and the plot has gaping chasms in it – no-one recognises the corpse, even though they were watching his video diary five minutes previously. Even the gore is tame and badly executed. About the only praiseworthy note is a grimly satisfactory ending, with the survivors trapped in another dimension (hey, if you still want to see it after all I’ve said, you deserve to have it spoiled for you). No film where you can hide from zombies by putting on third-rate zombie make-up deserves anything but contempt, and if the title is true, it’s probably because the living make crappy films like this. You won’t find me arguing with the dead on that score.