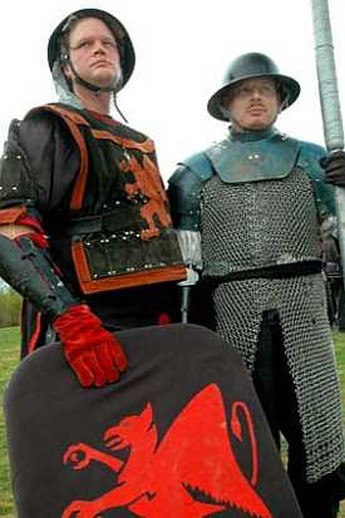 “Okay, I only did it once, but I was at college and was experimenting.” In my case, I don’t mean drugs or sexuality, but live-action role-playing, or LARP. Think, basically, Dungeons & Dragons live, modified to fit reality, such as using padded weapons. In my case, this dates back to 1982 or 1983 – it’s kinda hazy – when we drove from Aberdeen down to Peckforton Castle in Cheshire to play Treasure Trap one weekend. My character “died” right at the end of the introductory adventure; it was kinda amusing, but the distances involved, and the fact that I sucked at any kind of combat, meant it never happened again. I wasn’t even aware anyone was still doing this kind of thing, until I saw it here, where the Darkon Wargaming Group – membership now in four figures, even if a good proportion declined to appear in this film – stage their LARP in and around Washington.

The participants here are not in this for a casual lark. As a reality check, Chris used to be part of the SCA, another medieval group; but both she, and a work-colleague who is still SCA-active, thought the Darkon guys were “very serious”, from the polite end – or “total loonies”. Either viewpoint seems equally valid. This follows the actions, both real-world and game-world, of the leading characters through one campaign, in which two allies (Lipman and Wells) split up, and become enemies, ending in a climactic battle that will decide the fate of Darkon. At least until the next campaign, for death in LARP is more of an occupational hazard than the final curtain. The result feels part-documentary, part extremely low-budget remake of Lord of the Rings, with rather too many sequences of people whacking each other with foam-covered weapons, or overacting in a way not seen since my school drama classes. Instead of this, more information on the game mechanics might have been helpful. How do you ‘die’? What happens when you die? How does the ‘supernatural death potion’ work? All sadly underexplained. 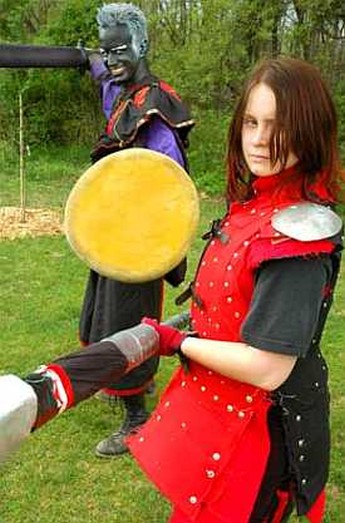 It is an interesting glimpse into an alternative lifestyle, and does have the grace to treat the players with fairness, rather than as objects of derision. Whether this is beneficial or not, it’s hard to say; Wells does seem to have used Darkon to improve his people skills, but Lipman carries baggage outside, even arguing with his friend at Denny’s after he refuses to help him in-game. Like any other pastime, it’s probably neutral in itself, and it’s how the participants use it that is decisive. Anything, carried to excess, is bad. But the wonderful and hilarious scene where Skip’s young son practices his own, rudimentary sword-fighting technique, likely illustrates the main point here, mentioned more than once in the film: what we have here are children who never grew up. While that may not be a bad thing, any chance of every being able to take this kind of thing at all seriously, ended after I saw Holy Grail.