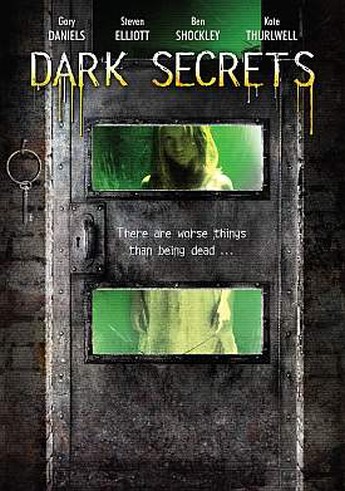 When the daughter of a celebrity couple goes missing, it’s up to Detective Sergeant Farrell (Elliott) to find her – hopefully before she turns up dead, since there are clues which suggest links to previous abductions, which Farrell investigated, without success. He’s being troubled by visions of one of the victims: is she trying to help him solve this new case, or is he simply cracking up? Such supernatural factors are inevitably a tricky tool for a script to handle: if not wielded with extreme care, they can simply become a deus ex machina, turning up whenever needed to move the plot along. While such elements are relatively immune to specific criticism – after all, they’re spirits, therefore their action don’t have to ‘make sense’ or be explained – it’s very easy for the writer to use these as a crutch to prop up the storyline [see the lesser J-Horror entries, this movie’s closest cousins, for examples]. That seems the case here, with no particular logical structure, within which these aspects operate.

If that was the film’s only problem, it could still be bearable, but there are a number of other issues: the film doesn’t have any real flow, darting around from one scene to another, apparently unconnected, one in a disjointed fashion that exasperates as much as it entertains. There does seem to be some audio issues too, with significant chunks of the dialog being borderline inaudible, though never quite to the point where you lose track of things. The ‘celebrity’ angle is an interesting one, though doesn’t get used to the point where its existence becomes justified, even if Daniels, as the race-car driving father, and Thurlwell, a soap-actress mother, are decent enough. In the end, however, there just isn’t anything here which we haven’t seen too often before – and done a good deal better too.