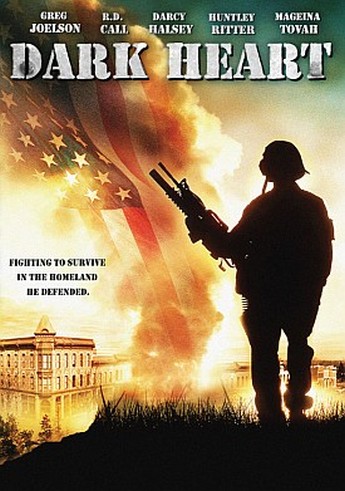 When Taylor (Joelson) returns from Iraq, his drunken story about finding a stash of cash in the desert brings him to the attention of Finn (Call) and his buddies, who have just been laid off from the local mill. They kidnap the ex-soldier and take him to a remote cabin – where the mill owner’s son happens to be entertaining a lady friend (Halsey) – intent on torturing him to reveal the location of his loot. I don’t think it counts as a spoiler to say that things rapidly go downhill from there, especially when Taylor tells his captors he was simply shooting off his mouth, and they refuse to believe him. It does take a while for everything to come together: probably 30-40 minutes before the threads make much sense. Once it does, however, it becomes a taut, effective psychological thriller, with fine performances from the central cast – Ritter is particularly memorable as a loopy cop, and Call reminded us of Michael Ironside, always a good thing.

Lewis is intent on depicting how nasty and brutal violence actually is, most notably in a single shot, looking down on a character who is being strangled to death, which seems to go on forever – he uses the same technique again, only with the camera at ground level, later in the movie. This seems to be the main theme, that violence doesn’t solve anything, and leaves me lean towards a reading of this as an anti-war film, and in particular a comment on the dehumanizing effect it can have on combatants. For not only is Taylor a veteran, but Finn was also scarred by his tours of duty in Vietnam. We did predict both twists before they showed up; however, it was almost at the end before we did so, and both were executed satisfactorily, so we’ll let the script off. Definitely an impressive piece of work, and one of the best straight-to-DVD films we’ve seen this year.