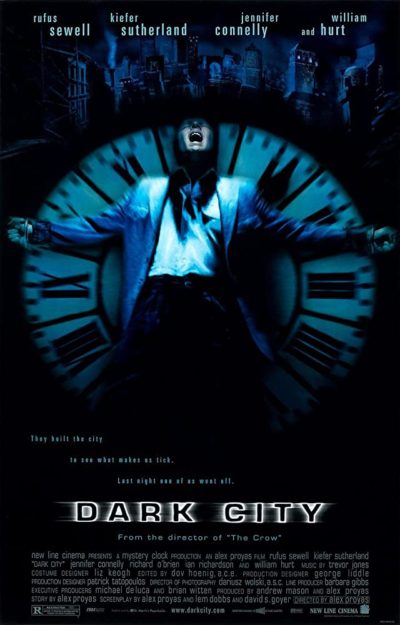 Bring yer sniperscope for this one, as Proyas delivers a viable candidate for Least Lit Film of 1998. Peering through the murk, we see a city run as an experiment by an alien race, which gets reset every midnight, though only a handful of people realise this, notably scientist Kiefer Sutherland. [If that idea sounds a bit familiar, it’s because a very similar concept was used in The Matrix] Though over-reliant on computer graphics, it all looks very nice – what you can see of it in the gloom – but hero Rufus Sewell is unconvincing, and it might have been better had there been another tragic on-set accident, such as Proyas already endured in The Crow. The audience can empathise with the sets, both being largely left in the dark, even if by the end you get just about enough grip on it to wish you’d not lost interest earlier on.