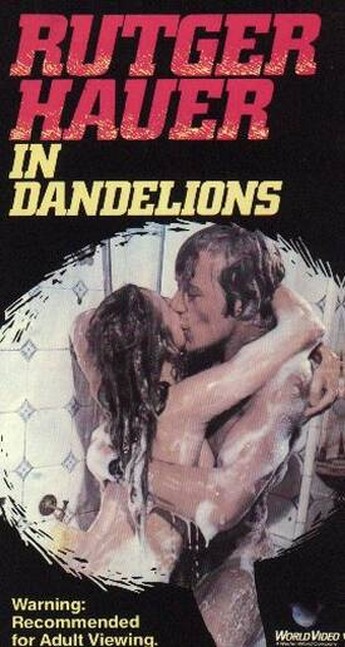 [16] For the first hour, this is an intriguing beast. Hauer is a screwed-up ex-sailor, obsessed by a poster of a girl blowing on a dandelion, whom he feels represents the ideal woman. His attitude to the female race has been severely warped, since his wife became a junkie whore while he was away at sea. As a result, he now spends his time being generally unpleasant to any female who crosses his path – and many do, attracted by his handsome looks. He finally gets to meet the model for the poster, after a spurned woman hires her to “teach him a lesson” by spurning him in return, only for the duo really to fall in love.

Which, sadly, is where the film falls apart. This combination of hunk and misogynist is an ideal role for Hauer and he cheerfully gets his teeth into it. It’s easy to see why women fall for him and, after his history is explained, why he’s being so nasty. So when he meets the model, we are all set up for a solid and vicious conclusion. But we don’t get it. The pair’s relationship is portrayed with perfect regard for every 70’s cliche you can imagine – slow-motion, crap music, flared trousers, the works. While perhaps understandable given the date, this doesn’t make it any less naff. And the ending is one of the worst I’ve ever seen: it contrives to tie up the loose ends in perhaps 120 seconds, without managing to be satisfactory in any way. Maybe they ran out of time, energy, money or ideas; the end result is certainly nowhere near as good as it ought to have been, especially after the barn-storming opening.