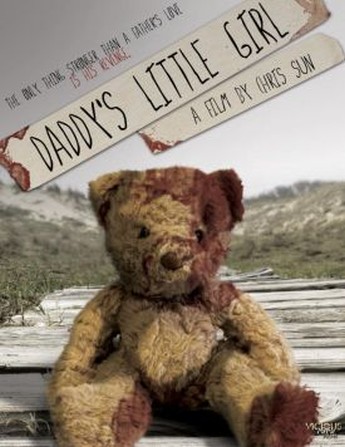 Young single father Derek (Thomson) is devoted to his daughter, Georgia (Baker), even as his relationship with her mother continues to disintegrate. But much worse is to follow, when Georgia is abducted and later found, brutally murdered on a nearby beach. The police have little or nothing to go on in terms of a perpetrator, and Derek is psychologically destroyed, barely leaving the house for the next few months, despite the best efforts of his brother Tommy (Radford) and business partner Colin (Gannon) to get him to rejoin society. Finally, Tommy succeeds in talking his sibling into coming over for a pool party and a few beers. However, there, he stumbles across some disturbing evidence pointing to the murderer. Derek decides he’ll extract his own revenge, calmly researches the specifics and kidnaps his target. Then, the fun really starts…

You certainly won’t forget this, flawed though it is. The manner of discovery is pretty implausible, and the film seems unwilling to commit to Derek unequivocally having the right person, or to there being significant room for doubt. You can contrast, say, Hard Candy, which did a much better job in this area, and it really should have gone either way, full steam. That said, Sun and Thomson do a good job of making Derek likeable, and showing how much he loves his daughter. As a result, when he reached for the pliers – not to mention the plastic tube and the barbed-wire (trust me, you don’t want to know more) – the viewer is largely there with him. That’s new: you’re watching someone calmly and deliberately inflict the most horrific torture imaginable on another human being, and your empathy is not with the victim, but the perpetrator.

It’s not a comfortable place to be, and that’s perfectly fine: indeed, that’s where the best horror films live. This doesn’t quite get a permanent resident’s card there, due to the weaknesses noted above, which stop it from achieving the heights, say, of Martyrs or Videodrome. But as “gorenography” goes, it’s clearly cut from a different cloth to the likes of the Saw series, not least in a careful and sustained build-up, before the plummet into hell which is the last half-hour. You might end up thinking twice about statements like “hanging’s too good for them.”