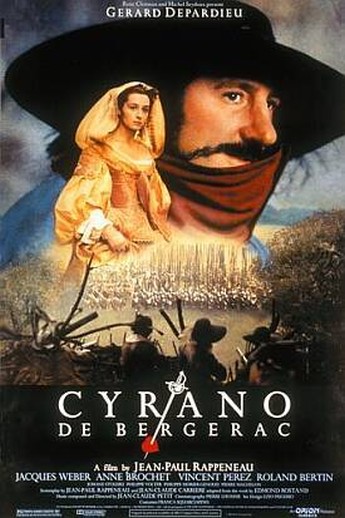 [10] Curious how both Gerard Depardieu’s best known roles have been deformed, tragic heroes at the mercy of other people. If anything, Depardieu’s even better here than he was in Jean de Florette, and the first half of CdB is sheer magic, almost a one-man show as the character is established as a cross between Robin Williams and Indiana Jones, helping his cousin to woo a girl, whom he desperately loves himself. However, squint beyond Depardieu’s dazzling performance and the rest of the cast look distinctly average, and the film grinds gently to a near-halt by the end. Definite contender for performance of the year to date though.