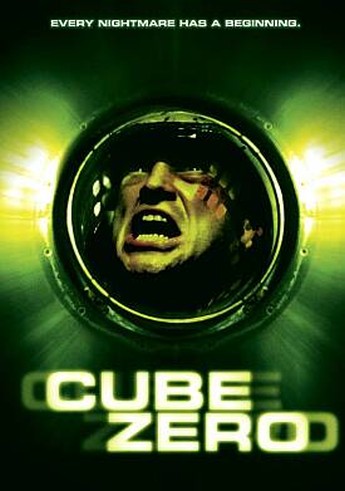 Who’d have thought a film with such a – being honest – limited premise, would get as far as two sequels? After the woeful Hypercube, writer-director Barbarash does at least realise the need to go beyond the six walls, focusing instead on two of the worker-bees who help run the place, Wynn (Bennett) and his supervisor Dodd (Huband), who either doesn’t know, or doesn’t want to know what’s going on. However, Wynn won’t stop picking at the scab, and as a result, is compelled to act when an innocent woman (Moore) is apparently “Cubed” for no reason. Needless to say, Dodd’s boss, the creepy Dr. Jax (Riley) is unimpressed with such independent thinking, and Wynn also ends up in the 3-D maze. Can he use his “inside knowledge to reach the outside?

It’s odd this is described as a “prequel”, since there’s not much to indicate time; the end hints at an origin for a character in Cube, and that’s about it. It’s competent enough, but what the sequels do, is establish what a clever piece of film-making the original actually was. It told you almost nothing, usually a cheap copout – hey, make the audience write the story – yet worked. When the gaps are filled in for us, as here, the effect is much less menacing. The deaths remain a highlight, not least the opening ‘melt’, and there is a certain Brazil-esque feel; it does also have some ideas of its own, which is more than can be said for the first sequel. The well is still pretty dry though – any more would certainly be like engaging in sado-masochism with a deceased equine.