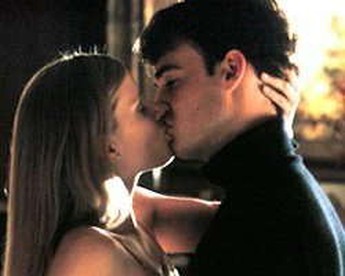 If this film seems like a half-baked abortion (a mixed metaphor which I’d perhaps rather not dwell on or visualise), that’s because it is, being two episodes of a scheduled TV series by Kumble called Manchester Prep. Intended as a prequel to Cruel Intentions, it got canned before ever airing; rumour has it, Rupert Murdoch got upset over a sequence where a schoolgirl was shown reaching sexual ecstacy through horse-riding. Some extra footage was added – I presume including the sisters-in-shower sequence – and this was the resulting foetus.

Knowing this, you can see why there’s no character development till the last fifteen minutes, when they discovered they didn’t have 24 more episodes to come. Dunne’s Sebastian is merely misunderstood, and his pursuit of Thompson brings this closer to teen fodder like Ten Things I Hate About You than its endearingly perverse predecessor, and a million miles away from the distilled venom of Dangerous Liasons. Delightfully lurid moments, such as those described, almost match the first film for deviancy, but just as Sarah-Michelle Gellar was no Glenn Close, so Amy Adams is no Gellar. That’s doubly appropriate since as films-to-TV-series go, this is less Buffy and – take this how you want – almost entirely Clueless…