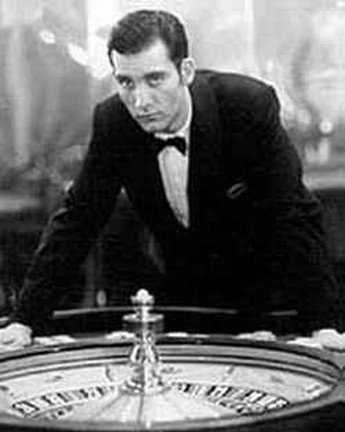 It’s strange to have a film about gambling where the hero doesn’t take part, but that may be the point here, as Jack (Owen) seems himself as above everyone else. Forced to take a job in a casino, he finds inspiration there for his writing, but his lead character gradually becomes him – or does he become his lead character? As in Get Carter, Hodges’ protagonist is not actually that likable, despite honesty which borders on the scrupulous. But both movies show it’s possible to make a film without a true hero. Indeed, no-one here is really particularly likeable, neither the whiny girlfriend, his colleagues at the casino, or the mysterious South African lady who entices him into vague complicity with a planned robbery.

Occasionaly, intriguing hints at a suspicious South African past for Jack are dropped, and his father also has an untold back story lurking. There’s a film noir quality about it, with Jack’s detached voiceover adding to this atmosphere. He watches the rest of us, in a coldly clinical way that makes for uneasy viewing, since we find ourselves doing the same thing; it’s not uneffective, but it is pretty unaffecting. Owen is very good in a complex role, and you can’t help thinking he’d have been a lot better in the Get Carter remake than Stallone.