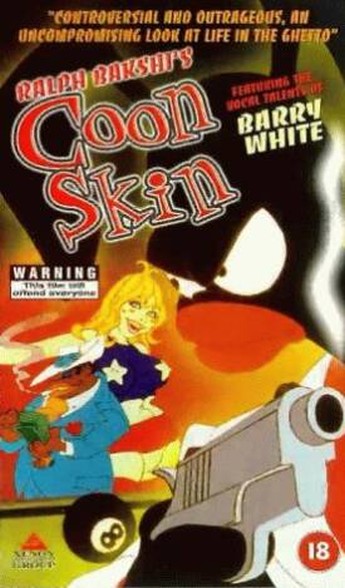 You’ve got to give Bakshi some respect for a) a desire to take animation out of the G-rated ghetto where it’s been stuck in America for 50 years, and b) not giving a damn. This is a loose adaptation of Brer Rabbit, shifted to the ghetto, but despite this, it’s not hard to see why it got a lot of flak on its release in ’74, for heavily unsubtle ethnic stereotyping. But never accuse Bakshi of being prejudiced – he’s strictly an equal opportunity caricaturist, and no race, colour or creed exactly come out, er, whiter-than-white. The problem is, he’s got nothing to say; I doubt the inhabitants of Harlem need a white cartoonist to tell them they’re being oppressed. Thus the overall effect is somewhat like being clubbed repeatedly on the head with a rubber hammer. There’s only sporadic glimpses of the imagination the man possesses; otherwise, it’s a one-note call to arms, and a shrill one at that.