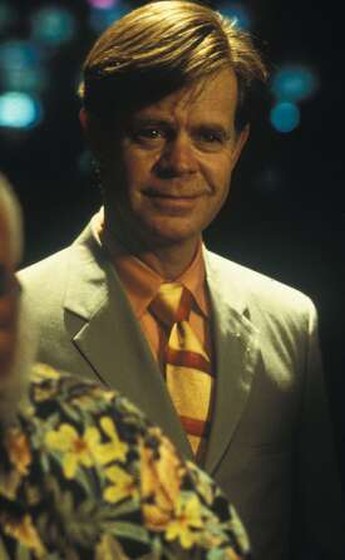 Macy, always a strong character actor, gets a rare chance as a romantic lead here, and does every bit as well. He plays casino employee Bernie, whose luck is so bad, he can end the streak of any winner…at least until he meets cocktail waitress Natalie (Bello) and falls in love. Needless to say, neo-psychotic casino boss Shelly (Baldwin) is not happy, but he’s got problems of his own, as the owners have sent in a new broom (Livingston, a slimy change of pace from his Office Space cubicle drone) to sweep out the old ways. Given the new broom’s idea of entertainment is played by a member of N’Sync, my sympathies were firmly with Shelly.

Otherwise, however, we were right behind poor, befuddled Bernie. His life would make Wile E. Coyote weep in sympathy, and the relationship with Natalie has many honest moments that had Chris and I exchanging glances of acknowledgement. Baldwin switches impressively from impassive violence to sentimentality in a minute, though his final change of heart isn’t explained as well as the rest of the movie deserves. There’s also a subplot involving Bernie’s son, which really isn’t necessary, and does more to drain sympathy from him than enhance it. However, Macy’s hangdog charm is more than enough to overcome these defects, and should leave you feeling like you’re holding three aces.