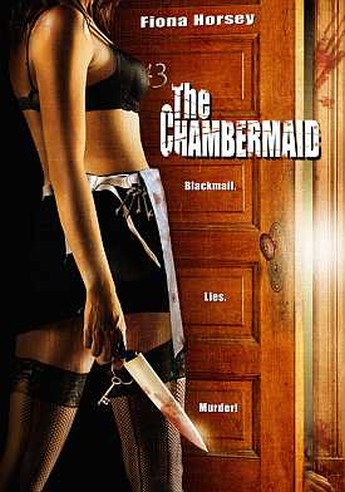 Büld has carved a niche with his weird little low-budget horror films. This is a little more prosaic than his other entries, but is no less twisted for it [it was made between Angst and Twisted Sisters]. Julia (Horsey) has problems: her boyfriend (Rowsey) needs money fast to pay off gangsters, and her attempt at a little casual whoring only gets her fired by creepy hotel manager Michael O’Ryan (Conway). However, when she find O’Ryan drunk in the street, a plan is set in motion that will solve all her problems. Or maybe not… I probably enjoyed this one most of Büld’s work: Horsey is solid as ever, but Conway’s acting, singularly unimpressive in previous outings, fits his character here to a T, playing like some bastard offspring of Norman Bates and Basil Fawlty.

The script twists nicely, with power shifting abruptly from one corner to another; my main complaint is the gangster angle, set up as being central to the plot, never goes anywhere at all, and some of the players’ actions seem a little contrived to fit the needs of the story. Still, the black humour flows like water, and there is a nice use of locations. I think it was mostly filmed in Margate, but there’s also scenes in what may be Brighton, and the Intrepid Fox, a former Saturday haunt on Wardour Street, is also a pivotal setting. The low budget rarely gets in the way, and the sleaze factor is more than adequate, even if the effects on view are limited – you don’t notice their absence, and when you don’t have much money, best not to have them than have something inadequate. Got to love any film with a shot filmed from inside a commode, and this kind of imagination keeps the film ticking nicely on.