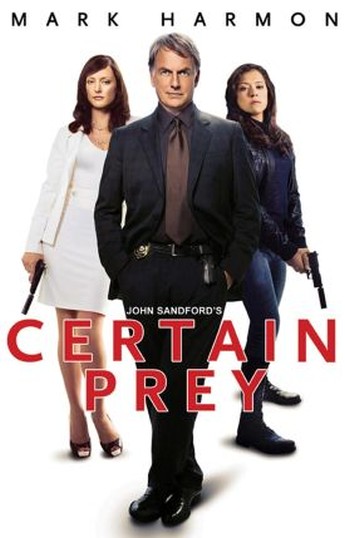 Minneapolis Deputy Police Chief Lucas Davenport (Harmon) gets involved in the case of a woman, gunned down on a staircase by a professional assassin. Turns out the hit was ordered by a jealous former lover of the woman’s husband – who also turns out to be prominent defense lawyer Carmel Loan (Glaudini). When the go-between she used to hire the killer tries to blackmail her, she teams up with the killer, Clara Rinker (Maslany), not only to deal with him, but an increasing number of loose ends that start to unravel. Clara, meanwhile, is delighted to have something approaching a friend. Davenport, meanwhile, seems to have had flings, or at least, has hawt sexual chemistry, with just about every woman in the movie, but finds time to jet around the country to follow clues, and irritate the “Feebs”, as he calls the FBI agents. Oh, hold my aching sides, I fear they may split.

This is apparently based on a book series by John Sandford. I’ve never read it, and can’t honestly say this exactly inspires me to change that. It’s mostly because Harmon, who turned 60 just before this TVM aired, is too old for this, and it’s frankly creepy when women less than half his age (Maslany, for example, was 26) are shamelessly flirting with him. His presence as “executive producer” gives this the air of a vanity project, created solely to massage the ego of an aging Lothario. Hopefully, that wasn’t the case, but that’s how it feels. When he’s not on-screen, the rest is actually kinda fun: Maslany (who is the main reason I watched this, having enjoyed her multi-role performances in Orphan Black) is given an interesting character, and it’s one I’d be more interested in following than Davenport, because we don’t really need yet another police procedural. Watching Carmel unravel, going from an ice princess to a wild-eyed and armed psycho, is also kinda fun. But Harmon as Davenport? I could certainly have done without.