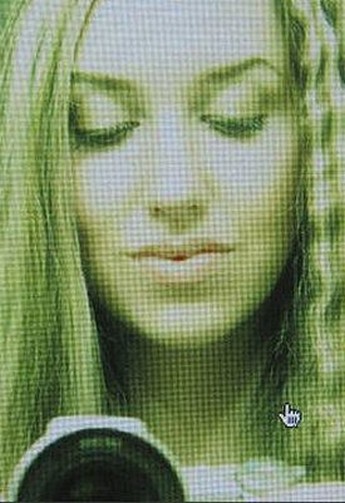 Photographer Yaniv Schulman is impressed when he receives painting based on his pictures in the mail, supposedly from 8-year old painting prodigy, Abby. He strikes up an online relationship with Abby and her family, in particular her mother Angela and older sister Megan, and finds himself feeling more and more connected to the latter. His brother and another colleague start a documentary, but things take an odd turn after they find the songs Megan supposedly recorded were actually plagiarized off Youtube. Growing increasingly suspicious, the trio decide to divert from a previously-scheduled trip out West, and drop in unannounced on the family at their home in up-state Illinois. I’ll say no more, because this is one of those films where the less you know about the details, the more effective this ‘documentary’ will probably be.

However, those quotes are there advisedly, because there are still some doubts over at what point the makers became aware of the truth – or at least, of the deception. If it’s as late in the game as the film reckons, then they would seem to be pretty naive: a sprinkling of Googling would have cast much greater doubt on the veracity of claims like Abby’s gallery. Certainly, Yaniv’s reaction on finding out everything, is an awful lot calmer than I would be, in the same situation. It’s a key difference, because if this was more artificially-created fiction than it appears, then this may becomes a rather nasty exercise in taking advantage of someone who seems to needs help (the more callous may prefer “pathological liar and attention whore”), though there are also questions about how authentic she is. Morally, I’d prefer to have seen the makers go after, say, the Nigerian scammers. Without answers to these questions, it’s difficult to come to any definitive conclusion. It’s a lot easier to provide a reasoned opinion, if you know to what extent what you’re watching is real.

On the assumption that what you see is what you get, however, it’s a cautionary tale about the dangers of taking anyone at face value, especially on the Internet. It helps that I hadn’t seen a trailer, as this seems to misrepresent the film as some kind of thriller, which it isn’t – despite at times, proceedings heading into horror-movie territory. For instance, the late-night excursion to a remote farmhouse, where I expected a chainsaw-wielding maniac to charge out from the barn. Which would have made for an interesting documentary, certainly. However, you still find yourself being drawn into following as Schulman and his team delve into their correspondent; if the destination is something of an anti-climax, it remains an interesting journey.