Once again, I get roped into doing a review – I like to think it’s because Mr. Executive Producer Jim respects my opinion, and knows I’ll be fair and unbiased…but he’s probably just too busy staring at his IMDB page or something like that. 😉 Do think I’m getting the hang of this Ballistic Entertainment thing. Every film, they seem to concentrate their energy on a specific area: angst in Synthetic Truth, dialogue for Disk Jockey, and this time, they go for action, centred on the “extreme sport” of the title. Timmy (Brandon) moves to a new town, and falls in with Trish (Walker), a girl who runs with a group of Capture the Flag players, only to find things rapidly spiral out of control, when the game becomes deadly serious. 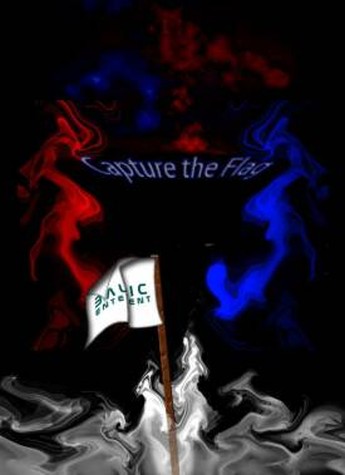 Visually, the Ballistic product becomes ever more polished – the big leap forward here is the new cameras they use, and the improvement is obvious from the first frame. The sound, previously a weak point, isn’t too bad, though in a couple of scenes dialogue appears to have been added later, one word at a time, and the results are choppy to say the least. Music duties are handled by Adam Strong and Luis Ordaz; they do okay, but I still definitely missed the trance-influenced stylings of Efrain Becerra. There are also additional songs by bands including the Kottonmouth Kings and Authority Zero, though my favorite was Rolling by OPM, played at the end.

I mentioned the concentration on the action, and as on any microbudget film, this kind of focus can be a double-edged sword, if it leaves other elements neglected. The story seems particularly undercooked – perhaps since, according to the credits, it was the work of seven writers. Little happens that isn’t visible coming from a mile off, and the motivations of the characters are largely left unexplored, save an inspired rooftop sequence that fills in the background with smooth efficiency. But, hey, this is an action film, and the plot is certainly no worse than your average Steven Seagal film. 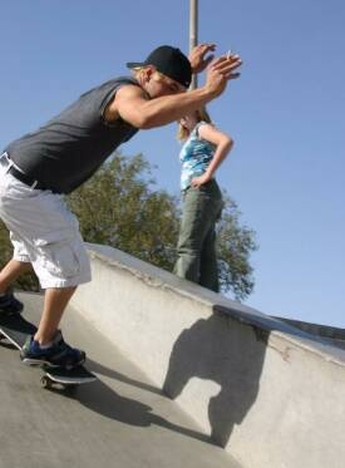 Acting is the usual wide range, familiar to viewers of Ballistic’s work: coming across best is Wallace, who plays one of the founders of the game, and puts across the right mix of toughness and integrity. Brandon is less successful as Timmy, who seems like a collection of every teenage cliche you can imagine – though you could likely say that about most real teenagers, and at least our hero doesn’t write poetry. Trish is similarly stamped from a generic mould, but the problem with her character is more a script which gives her nothing to do after she has introduced the hero to the sport.

The scenes depicting the actual games are a showcase for flashy editing that might seem contrived if it wasn’t a necessity. For the results almost – but not quite – manage to conceal the fact that the participants have little or no stunt training. Given this, while Jet Li will not be losing sleep as yet, the results of Ballistic’s first foray into fisticuffs are credible enough. A big plus: it’s relatively easy for the viewer to keep track of what’s going on, and that’s more than can be said for many big-budget movies or TV series.

At only 53 minutes, this one will be a tough sell; Jim suggested that the best hope for distribution may be to shoot wraparound footage and put it together with Disk Jockey (a film, incidentally, which improves with repeat viewing) as an anthology. Regardless, the end result is another step for Yoshioka and Ballistic; their budgets may remain miniscule, but they clearly treat this as a challenge rather than a barrier, and I doubt anyone is more adept at squeezing every penny of value out of what they spend.

Or even what they don’t spend: rumor has it, that when certain insurance proved too costly to obtain, they simply bluffed their way through! Their approach is also summed up by the comments of one crewmember during the credits, who says, in essence, that if they get thrown out of one mall, they’ll just go to the next one and shoot there. The “by any mall necessary” attitude to film-making can only be admired, and is why I’m keen to see what Ballistic come up with next. It may be great, or it may suck, but it’ll certainly be interesting.