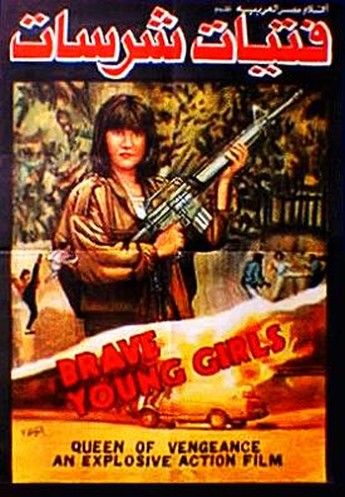 Relatively plausible as these things go, with Hui and Hsia inveigled into employment as more-or-less prostitutes by an evil-gang-scum-overlord, played by the impressively nasty Leung. Japanese detective Oshima eventually comes to the rescue, though fans should note her role is more supporting than central. While there’s little here you haven’t seen before (unwilling callgirls are almost up there with honourable gangsters and oddball cops as cliches of Hong Kong cinema), this is actually moderately restrained, given the large potential for exploitation in the subject matter – see Escape From Brothel for that sort of thing (albeit not the British version, which lost some eight minutes at the censors). The low budget lends it a grubby air of realism that works in its favour, and the two leads are sympathetic without ever seeming goody-goody. Despite falling apart at the end – it might have been better without the obligatory Big Fight – this is better than expected.