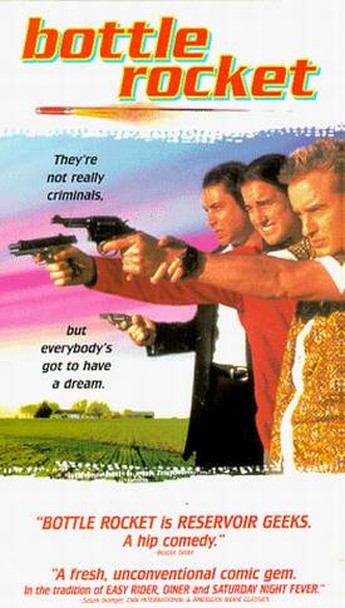 Crime doesn’t pay, especially if you’re so utterly inept at it as this trio of guys, whose first heist is robbing a bookshop. While hiding up in a motel after this earth-shattering felony, one falls in love with the chambermaid, and another bails out totally. Their next attempt is under the wing of local “godfather” James Caan, but I think we can guess how that’s gonna turn out… For a film in which nothing much happens (two minor robberies are not going to bring down the FBI), this is engaging enough, the sort of film for which the word “quirky” could have been invented, or the Coen Brothers. Hero Luke Wilson in particular resembles Nicolas Cage in Raising Arizona, and you can imagine him living in a trailer with his chambermaid wife. While all a little too laid-back – to the point of catatonia on occasion – it passes easily into the brain. Reservoir Slackers might be a close approximation.