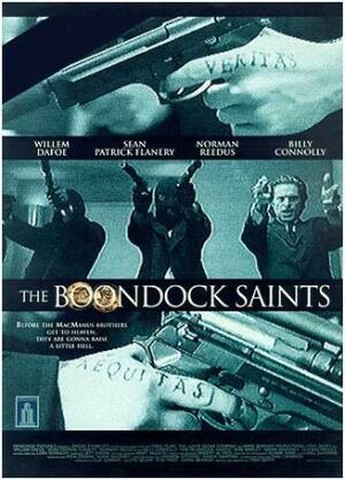 Despite a concept of doubtful morality and dubious plausibility, this is the kind of film you can’t help but love. Flannery and Reedus are brothers who become heroes after killing some Russian mob goons who threaten their local bar’s owner. Inspired by this, and feeling like the arm of divine retribution, they go about taking out all the local garbage, pursued by a gay FBI agent (Dafoe) and a psychotic madman (Billy Connolly, I kid you not) unleashed by the local Mafiosi. With its pseudo-Biblical quoting, the movie treads dangerously near Pulp Fiction territory, not least in its flashback heavy style. However, it knows when to stop faffing around and get down to business, while the characters are inventively drawn and enthusiastically played. Dafoe, in particular, ladles out sarcasm at a refreshingly un-American rate.

Perhaps the most interesting thing is, you’re never quite sure whether they are divinely inspired – there’s not really any other way to explain how they manage to survive and carry out their missions (the hotel room hit comes to mind). There’s clearly a lot more to the heroes than stereotypical Irish bums, such as their working knowledge of Russian. This level of thought, and sheer energy, help to propel the film up above the usual; writer/director Duffy may be a name to watch, if his breadth of talent matches its depth.