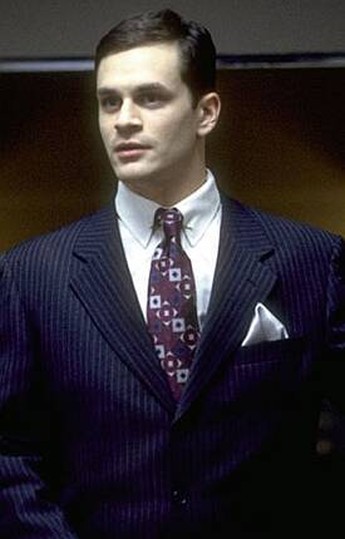 Maybe Gordon Gecko wasn’t so bad after all. Yes, you may begin to feel warm and fuzzy towards the hero of Wall Street after seeing this film, whose characters recite Gecko’s monologues verbatim but are 100% piranha in comparison. For J.T.Marlin is a company who target Joe Public for the silver-tongued hard-sell of worthless shares: the film centres around Ribisi’s apprenticeship there – pointedly, he joins the company after his gambling operation is discovered by his father.

Morals and scruples are bad, all that matters is money, personified by Affleck’s “master of the universe”, who gets the Gecko role and similarly capitalist monologues. This is when the film is at its best; the romantic and didactic angles seem forced and contrived, and I’ve never heard so much rap music in a film almost exclusively inhabited by white kids. It’s still a salutary tale and, especially in this era of dot-coms rising and falling with the tide, is probably a lot closer to the truth than we’d like to think…