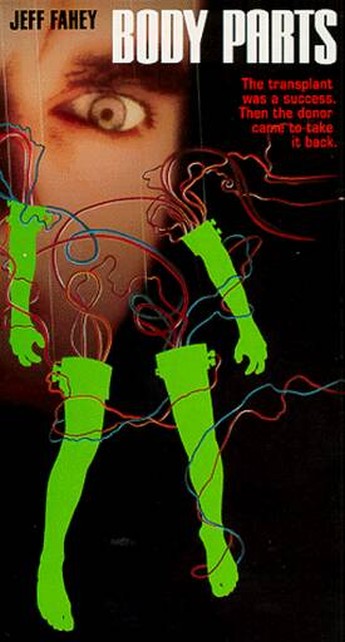 [12] I’d have expected better from the writer of The Hitcher and Near Dark than a rehash of those old “psycho limb” movies, but in essence, that’s what this film is. Fahey loses his arm in a road accident and gets the limb of an executed murderer. Fill in the blanks yourself for most of the next 70 minutes, as the film skirts the more interesting questions such as, “If he were to jerk off, would it feel like someone else was doing it?”, in favour of predictable menacing-the-family sequences, as the people who got other bits from the criminal meet neo-grisly deaths. Only in the last quarter does the film show much imagination, a pity, as the ideas on view there aren’t bad – if you can stay awake that long.