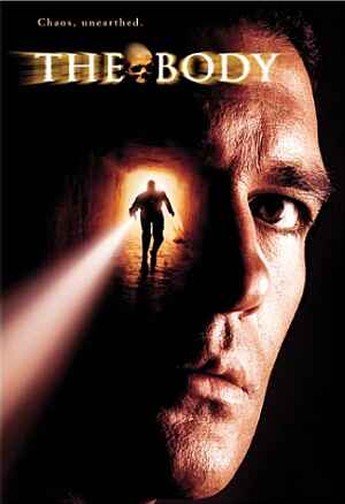 “Cancel Easter – they found the body”. So ran a once-popular button, and so also goes the high concept for the movie, when an archaeologist (Williams) uncovers a tomb with a body in it. A crucified body. From about 30 AD. Oops. The Vatican sends in their man (Banderas) to prove it’s not Christ’s, but as the evidence accumulates, even his faith is shaken. Meanwhile, Jewish and Palestinian forces also have their own interests. It’s an interesting idea, but never really catches fire, taking the obvious route in most things e.g. the personality clash between scientist and priest, murky goings-on in the Vatican, etc.

About the only surprise is the film eventually coming off the fence to a definite conclusion, and on the whole, you kinda wish it hadn’t bothered, because it’s only when negotiating the tricky maze of doubt and uncertainty that it’s got much of interest. Jason Flemyng adds some much-needed levity as an Irish hacker-priest, but the film seems so intent on not offending anyone, that the world-shattering ramifications of the discovery get lost in the haze. Banderas and Williams have no real chemistry in their Mulder and Scully roles, though Banderas still gets his contractual shirt-off scene. You get to the end, and suddenly realise that all you’ve learned is that organised religion and politics suck. If you really need to discover that through an Antonio Banderas movie, there’s probably no hope for you.