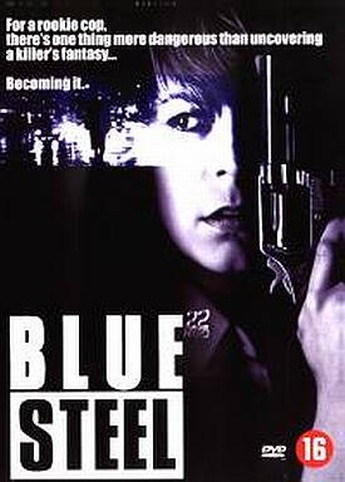 [6] Curtis plays a rookie cop who blows away a low-life scum store-robber, only for said scum’s gun to vanish. People then start getting shot, and bullet cases with her name on them are found at the scene… The plot of this is annoyingly flimsy, with any number of holes, contradictions and ridiculous twists: for example, we are asked to believe an untrained stockbroker is capable of wielding a .44 Magnum with 100% accuracy (except when shooting at Jamie Lee, naturally!) from when he first picks it up. Ignore these, and Bigelow screws up the tension with skill, despite a climax ripped off straight from The Hitcher – presumably by Eric Red who wrote that, and co-wrote this. Curtis still can’t act for peanuts, though she does a fine Martina Navratilova impression. Leave your logic at home.