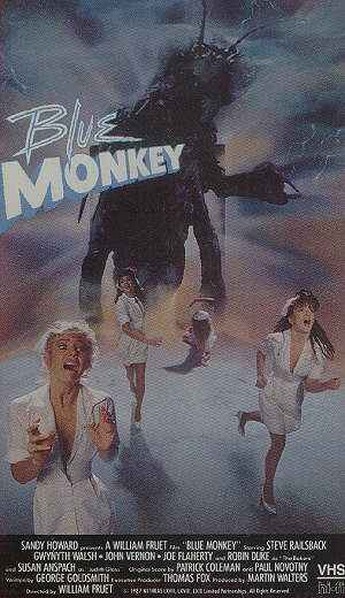 Can’t quite work out whether this one tries too hard, or not hard enough. It obviously wants to be a 50’s monster movie, as well as three separate entries in the Alien series, and ends up falling short, wide of the mark and stuck between two stools. Which is actually quite a feat when you think about it. Its failings are largely due to a script which thinks homage consists of replaying every cliche from the past four decades without comment – the results are painful.

The plot points might as well have neon signs attached to them: the hospital where a giant insect is hanging out used to be an insane asylum (BING!); they’re doing ‘research’ using a military-grade laser (BING!); there’s a cute kid with leukemia wandering round the hospital (BING!). The strobe lighting used for about half the movie gets irritating very fast, but when you glimpse the highly ropey monster, you understand that the less you get to see it, the better. One decapitation and a spray of blood are anomalies in a film that needs a substantially greater body count to make you overlook the dodgy script. I spent most of the running time wondering why it seemed so familiar: finally realised, I’d seen it at Shock Around the Clock 2, in the late, lamented Scala Cinema, back in 1988. If it’s another fourteen years before I see it again, I won’t be too upset.