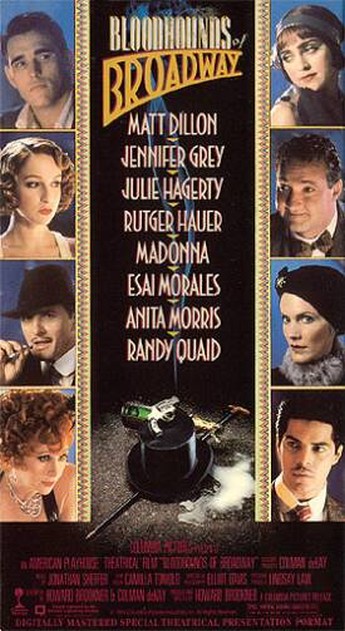 [8] Flinging together nearly every genre under ths sun, and possessing a different subplot for each, this musical-comedy-drama-gangster-melodrama movie takes place on Broadway on New Year’s Eve, 1928. An all-star cast – Madonna could do with singing less and acting more – but Randy Quaid steals the show as a perpetual loser who hits a winning streak just after selling his body to a mad doctor. While I can see why this was an expensive flop in the States, it’s still a lot of fun, with snappy dialogue and a nice sense of period. Let’s be charitable, assume it’s not intended to be serious, and give it…