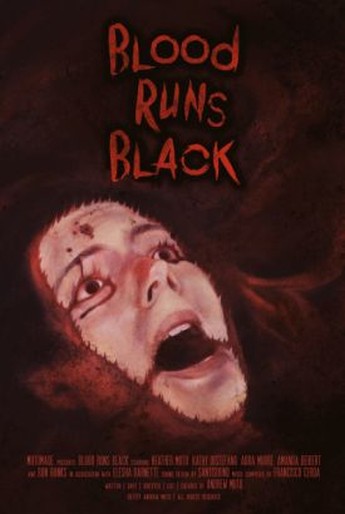 “Pretty Penny” is an online celebrity, with a highly-popular series of videos in which she dispenses lifestyle tips to other wives and wannabe wives. Except, Penny in reality is Megan Butler (Muto), who is not married and, indeed, is trapped in a fairly dysfunctional relationship with her boyfriend. When he leaves on a business trip, the cracks in Megan’s sanity begin to spread: she starts hearing and seeing things, and becomes increasingly convinced that someone else is entering her apartment for an unknown purpose, but one that is not going to be positive. Yhings rapidly degenerate from there, as the tension of holding both Megan and her virtual persona together continues to increase. Research online indicates one possible explanation: a demonic entity is intent on possessing her, and she reaches out to an occult expert for help. However, the true explanation may be closer to home. Or it might not. Maybe.

Yep, this is me in severe spoiler avoidance mode, because it’s only in the final few minutes that the truth is revealed, and it’s a generally solid and satisfactory explanation: I can’t say much more than that. It’s set almost exclusively in Megan’s apartment, likely as much for reasons of spartan economy as anything [seems the director was, to all intents and purposes, the entire crew – seriously, his is the only name listed in the IMDb], but that helps generate a great sense of claustrophobia. That’s enhanced by the perpetual sense of something about to snap, best demonstrated when you watch an imploding Megan as she is trying to film a new Pretty Penny video: you just know something is going to happen, but have no idea exactly what it might be, or where it’s going to come from. There are a number of other scenes which stick in the mind due to their undeniably creepy nature: a shower scene which may be the best in a horror film since Psycho [I expect to see that quote on the DVD sleeve!], and another involving Megan’s discovery of another recording on her camera.

The lead actress gives an interesting performance. Initially, she comes off as more than a bit whiny – Chris rolled her eyes a couple of times in the early going – but this aspect soon disappears. You can’t help but sympathize with her as everything in her life falls apart, in a welter of paranoia and despite her desperate attempts to hold it together. The film drags you down with her, until the revelation of what, exactly, has been going on here, and it’s a textbook example of how a limited budget can be made to work for a film, rather than against it. Muto knows his limitations, but shows that you don’t need a huge budget or cast of thousands dozens, to put together a well-crafted scary story that crawls into the back of your brain, and stays there.