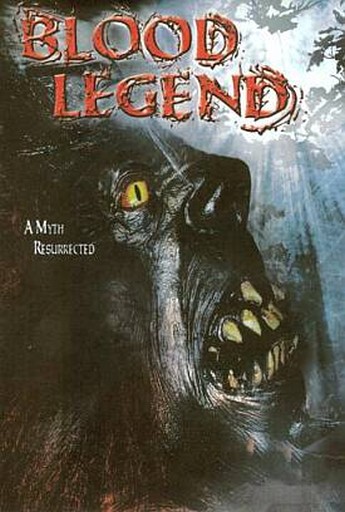 Resurrecting the spirit of a dead witch? Never a good idea. Especially when Moira (Devil) is still miffed about getting burned at the stake, and seeks revenge on the descendants of those responsible. Who, amazingly, all still live in the same place, three centuries later. What are the odds against that? Anyway. Moira’s descendant, Diana (Jacobsen), leads a coven, under the control of her uncle, and they keep the half-woman, half-demon fed with tasty snacks, largely in the form of their college classmates. However, for no readily apparent reason, they invite two guys (Graham + Coffin) to witness one sacrifice – they then do what they can to stop the bitchy witches from completing their plot to re-animate Moira permanently. Blokes, huh: no sense of sisterhood…

For what this is, it’s okay. The main problem is, it isn’t very much – it lacks the excess, in almost every angle, that made Witch’s Sabbath a genuine guilty pleasure. The gore is a notch lower, only Devil gets her kit off, and while Coffin is an endearing goofball, it lacks the fine sense of self-awareness required by the material. And, let’s face it, the “demon” is utter crap, by virtually any standard, even those of microbudget horror movies. They’d have been better off not bothering, and having Moira do the entrail-munching. The plot is no great shakes either, with too many moments that made us go, “Hang on…” However, it did keep us awake, albeit more in hope than anything else – much of any disappointment that we feel, is most likely simply because we saw this after Sabbath.