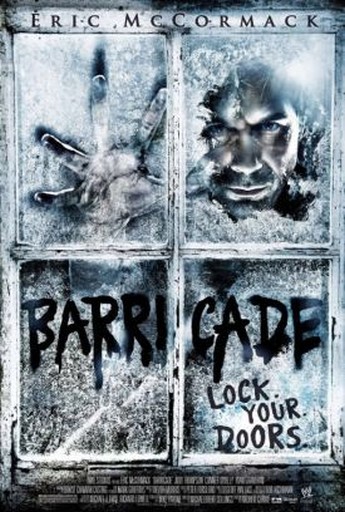 Terrence (McCormack), a widowed father, and his two children head off to a remote mountain cabin – yeah, there’s no cell service, inevitably – for a vacation they weren’t able to have when Mom (Thompson) was still around. Virtually, as soon as they arrive, however, things start to go off-kilter, with all three of them seeing things, both inside and outside the cabin, that they find hard to explain. A blizzard ensures there’ll be no easy exit, the kids start to come down with a nasty malady (seriously, I don’t think I’ve ever heard a film with more coughing), and Terrence decides they need to lock the cabin down tight, to keep whatever is outside, outside. But, as his daughter eventually says, maybe that’s just what the menace wants them to do…

Or, as actually becomes painfully obvious from pretty early on, maybe there isn’t actually a threat at all. While this doesn’t quite sink down to “…and it was all a dream” level [hello, Haute Tension!], the operative word there is “quite”; the ending tries to have it both ways, and only resulted in us rolling our eyes. It’s hard to see how thie script could have been thought of as good enough to merit filming. Oh, hang on, this explains everything: it’s from WWE Films, not exactly a clearing-house for credible story ideas. The performances are by no means terrible, especially considering this is basically the guy from Will and Grace and two kids in one location for 80 minutes. Really, the fact we made it through this to the end is a triumph for the performers. The script-writer, not so much, since he needs to concentrate a lot more on generating genuine scares, and ease up a hell of a lot on the false, jumpy ones.