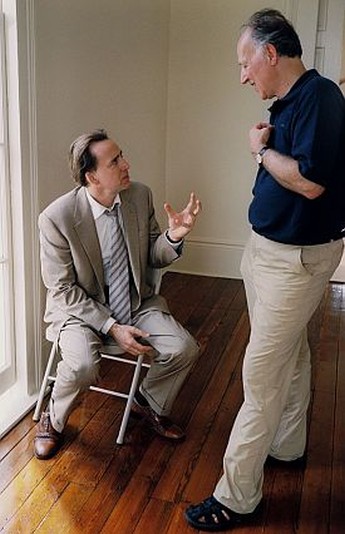 If you’ve ever seen the infamous Youtube montage, you’ll know that no-one is probably better than Cage at losing his shit, and I’m probably not the only one to think “That makes sense,” when they heard he was playing the role made famous by Harvey Keitel, as Terrence McDonagh in Herzog’s remake re-imagining whatever of Ferrara’s descent into hell. The disappointing thing here is, while there are moments of shit-losing, it doesn’t become the fully-fledged scenery chewing we expected, nay, hoped for. Curse you, Werner, and your so-called “restraint”! Couldn’t you have directed Cage at gun-point or something? [Actually, I first typoed that as “at gnu-point”, which would certainly have been an, er, interesting approach]. The basic story is more or less the same: a cop on the dark side of substance abuse and personal issues, strays into dangerous territory with mounting gambling debts and mobsters, while trying to investigate – in a somewhat unconventional way – a case that itself exposes a pretty seedy underbelly of the city.

The changes are, however, plentiful, not least moving from New York to New Orleans. The religious subtext of Ferrara’s is largely gone, with the crime now the drug-turf killing of a family. And, to be honest, McDonagh would not last five minutes with Keitel’s un-named desperado: in comparison, McDonagh is hardly “bad”, but the title Naughty Lieutenant is not going to sell many tickets, is it? We do get more insight into his descent; a back injury leads to pain-killers, leads to narcotics of a less legal variety. It has its moments, mostly when the central character topples over into full-blown hallucinations, usually involving iguanas. Or break-dancing. Or both. But it’s surprisingly upbeat: as things progressed, we kept expecting a visit from Debbie Downer, and it never really materialized. On its own terms, it’s not dreadful, by any means, Herzog bringing an outsider’s jaundiced eye to post-Katrina Louisiana. However, it lacks the sheer ferocity of the original, and is no more than a decent police procedural with a slighty-more loopy character than usual at its core.