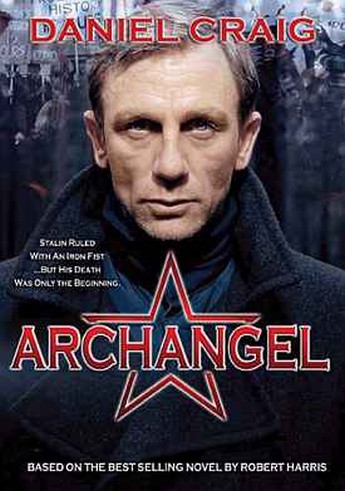 Imminent new 007 Craig stars, as history professor Fluke Kelso, who stumbles across the find of a lifetime: what could be Stalin’s memoirs. This sets off a chain of events that will send him to the frozen North in search of a secret that has been kept for fifty years, and which could still destroy the fragile democracy of modern Russia. Safe to say, it’s not quite what you’d expect from the creators of Porridge, Dick Clement and Ian Le Frenais, and their work here is based on a book by Robert Harris. I have read reports critical of the adaptation, and can see how cramming a 400-page book into two hours could cause problems – not having read it, I can only judge this on its own merits, and as such, it works very well. There are some occasional mis-steps; it’s difficult to take seriously the crucial clue of a matchbook. Yet, despite these, this is a smart, gripping tale, helped by Craig’s strong presence at the core.

This is the first time I’ve seen Craig, where I could see why he was signed as Bond, though the character here is more like Tom Clancy’s hero, Jack Ryan, as played by Harrison Ford. The supporting cast are solid, especially Macht, as an American journalist, though Rednikova’s part-time tart is almost abandoned towards the end, despite being crucial to the climax. [The film, incidentally, is a great advertisement for Russian prostitutes, who are apparently all stunning…] But if you didn’t know much about Soviet history, you’ll learn stuff here, almost by accident, though it never gets in the way of the entertainment. Delighted to see the BBC still capable of turning out top-notch drama, far superior to anything you’ll see on American broadcast networks. God Save The Queen! 🙂