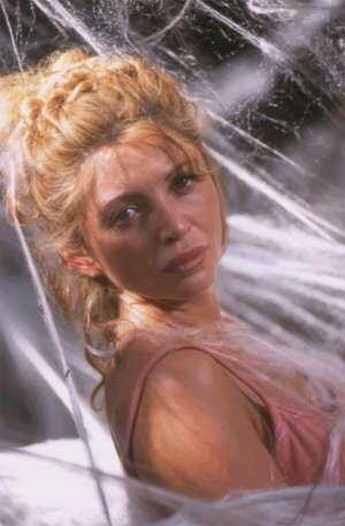 Due to The Hidden, I’ve always had a soft spot for Sholder, but after this amazingly predictable monster movie, his slack is officially out. A team lands on a remote Pacific island to discover what has been killing the locals, only for it to find them first. Any suspense here is demolished by the title, and you can tell with roughly 95% accuracy who will die and who will survive. For example, neither the spider-obsessed scientist nor the obnoxious doctor have any chance of getting off the island, so not much of a surprise element there. This parade of cannon-fodder in lieu of characters would be acceptable, if the effects were good – or even graphically gory – but with one (literally) eye-popping exception, they’re not.

The titular monster is particularly woeful; it would be extremely generous to say it pays a touching tribute to 50’s creature features by replicating their feebleness in this department. Additionally, you know a script is in trouble when the hero sends uncontrolled bursts of gunfire blindly through a roof, minutes after complaining about being almost out of ammo. This kind of sloppy thinking is typical of the film, as is a bizarre subplot, never really explained, hinting that it’s all some kind of alien experiment. Perhaps it drifted in accidentally during editing, from another flick; if so, that one is likely several notches more entertaining than this very disappointing effort.