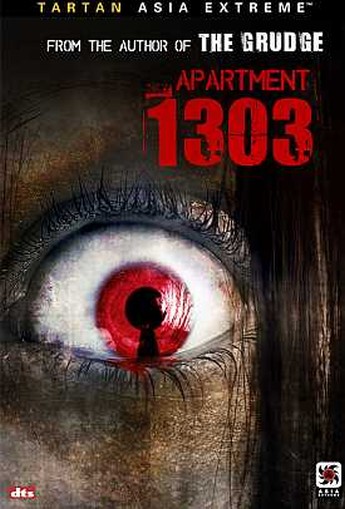 Based on a book by Kei Oishi, who did both The Grudge and The Last Supper, this is another take on the vengeful Asian ghost. Unfortunately, that genre is now so played out that, while the archetype still has power, the execution either has to be done with verve and style, or something new has to be tossed into the mix. Otherwise, it will provoke little more than bored eye-rolling in the jaded viewer. Initially, this seemed promising: Mariko (Nakagoshi) goes to the apartment where her sister committed suicide by leaping from the 13th-floor balcony, in order to clear it out, only to find herself plagued by supernatural goings-on. It soon becomes apparent that her sister was far from the first resident to take her own life this way, and the restless spirit responsible is not yet ready to stop with the vengeance. Can Mariko find out the cause, and soothe the murderous ghost?

The script is the main problem, with badly thought-out exposition which lumbers clumsily from revelation to revelation. The heroine ends up finding out the story from a best-selling book – one of a number apparently written regarding the case – which gives us the longest in an ongoing series of flashbacks. Given this, it strains credulity to the extreme that Mariko, her late sister and the other victims are apparently the only people unaware of the deadly apartment, since the case seems likely as well-known asScott Peterson or OJ. The more this unfolds, the deeper it sinks in a morass of “I’m so sure” and “Haven’t we seen this before?” It’s a shame, since the lead is quite engaging, and there are nice aspects, like the mother and her creepy little daughter next-door. Development there, rather than rolling out tired, old angles we’ve seen a million times before, would have been the way to go.