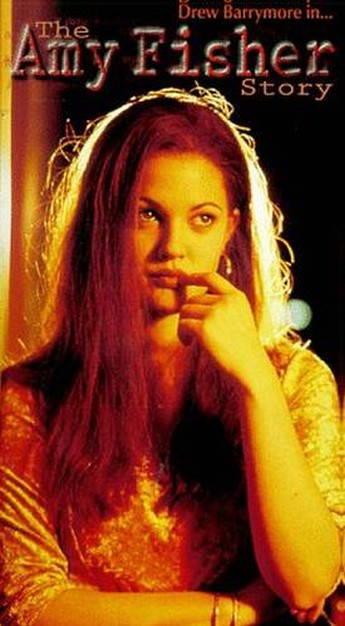 One of a host of TV movies inspired by the ‘Long Island Lolita’ case, in which Amy Fisher shot the wife of her alleged lover, this is largely sympathetic to Amy’s point of view. Barrymore plays her as the daughter of an unloving father, and it largely glosses over some of the facets of the case, such as her supposed prostitution. This is the problem with all such films, and it does acknowledge that you get only one side of the coin. There’s much leaping around back and forth in time, which is effective if confusing, and to his credit, director Tennant seems aware of the irony of making a TVM which is as much about the media circus as the events themselves. Even in this “uncensored version”, it’s all a bit squeaky clean, Barrymore’ attractive sluttiness being presumably about as far as TVMs can go. Looking at this though, I have a horrible premonition: what price The Louise Woodward Story?