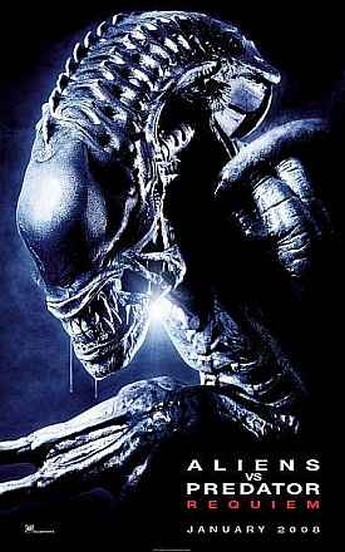 Christ, this is awful. The first hour, in particular, may be the biggest heap of steaming drivel to receive a theatrical release in the past year, being incoherent, pointless and – the most unforgivable crime of all – dull. We are expected to be thrilled by the sight of an alien bursting out of someone’s chest, as if that is not almost thirty years old, or suddenly (and for no point at all) switching into the infra-red view of the Predator’s vision. This is what passes for exposition in the majority of the film: a series of scenes which serve no apparent purpose in advancing the storyline, occasionally interrupted by others which grind the movie to a halt to introduce us to the characters. Not that they should really bother, since cast-wise, we have a bunch of no-names and no-talents, in roles of startling tedium: an ex-con (Pasquale), his annoying kid brother (Lewis), the local sheriff (Ortiz) and a returning GI (Aylesworth). Must have taken them minutes to come up with those concepts.

Things do pick up marginally towards the end, with an actual storyline emerging, as the human survivors have to make their way through a blacked-out town, to an evacuation point. Though the question arises, is there any actual ‘evacuation’ planned, or is that simply polite military-speak, for ‘sanitation through nuclear weaponry’? That does at least generate some tension, though the inexperience of first-time directors, Greg and Colin Strause, shows badly as they don’t have a clue what to do with it. The movie lumbers from one uninteresting set-piece to another, with hardly any moments to distinguish it. You could take the previous seven entries [Four for the Aliens, two for the Predator, plus one together], chop them up in a blender, extract ninety random minutes, and you’d have something better than this tiresome nonsense, and probably more coherent too.