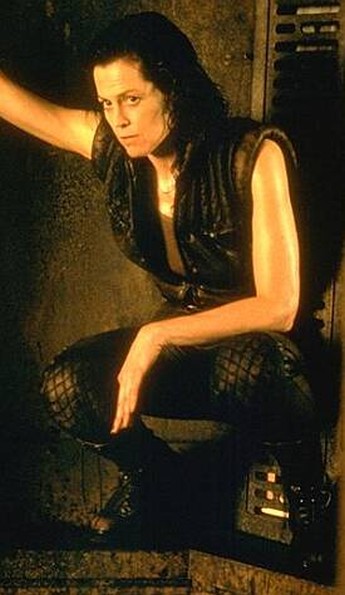 This fourth installment in the franchise makes some nods in interesting direction, such as trying to tame aliens, but in the end opts to stick mostly to running around darkened corridors as usual. The big twist is that Ripley, conveniently reborn thanks to cloning techniques and a $12m pay-cheque, is now part-monster, and revels in the role with a cheerful perversity that is the film’s best feature. And if you thought she was tough before… [Oddly, though stronger and quicker than ever, she can’t RUN any faster. Fortunate for the plot, that]

Neither as bad as Alien 3, or as good as the first two, this is passable entertainment with gore and black humour, though not enough of either to be truly memorable, with even Winona Ryder forgettably feisty — neither lingerie-clad nor wielding a Really Big Gun…